Three Dimensional Oval shaped on the top of Buddha that symbolizes the attainment of reliance in spiritual realm.

Before Lord Buddha as young Prince Siddhartha leave the royal palace to choose ascetic life, there existed a culture of keeping topknot of the hair. This culture especially existed in the royal family that lived in the Lumbini that lies in the land of Himalayas. And many people as well Buddhist monks have a misunderstanding that the topknot of Prince Siddhartha is also called Ushnisha. But this very fact is wrong because, Ushnisha is the three dimensional oval shaped found in the top of the head and is the representation of achievement of spiritual reliance.

""His topknot is like a crown. He has a topknot as if crowned with a flower garland.""

In Buddhist tradition and architecture, Ushnisha is considered as an important features of Buddha statues, Buddhist sculptures. Ushnisha is quite popular in Burmese Buddhist tradition. Even though the actual proof of whether Lord Buddha had Ushnisha during his lifetime had not been solved but the first representation of Ushnisha was first found in the 1st Century. The first representation was done in Greco-Buddhist art that existed in kingdom of Gandhara. In early Mahayana Buddhism, the plastic art that existed in Mathura represented Ushnisha in quite different version. They represent Bodhisattvas in the form of ushnisin i.e. "Monks wearing hair Binding".

Representation of Ushnisha in Buddhist art 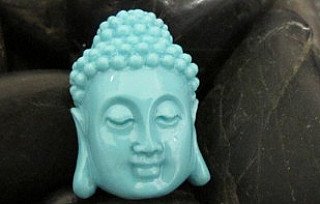