The teachings of Buddha

Buddha, also known as Sakyamuni Buddha , is the founder of Buddhism. Lord Buddha attained “Enlightenment” under the Bodhi tree. After attaining nirvana, Lord Buddha became a figure providing the wisdom he obtained and helped billions of people to end their suffering and attaining the state of Nirvana.

See here all our statues 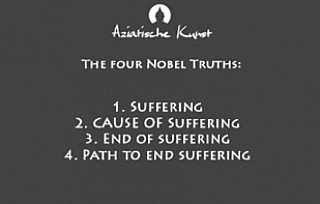 After attaining nirvana, Lord Buddha started teaching the way of life to people. Near the city of Benares, he shared his first teachings to five holy men and they immediately understood his teachings and agreed to follow Lord Buddha. For forty-five years, Buddha along with his disciples started spreading Buddha’s wisdom and teachings in India. The teachings of Lord Buddha are also known as Dhamma. Let’s see some of the important teachings Lord Buddha has left behind for the sake of humanity.

During his enlightenment, Buddha found answer to three universal questions and he explained these answers and truth in a simple way for his disciple.

These Three Universal truths some basic teachings of The Buddha

1. Nothing is lost in the Universe:
The first universal truth of Buddha found was nothing is lost in this universe. Old solar systems disintegrate into cosmic rays. We are the child of our parents and we will be the parents of our children.
If we destroy something around us, we destroy ourselves. If we lie to another, we lie to ourselves. Learning and understanding these truths, Lord Buddha and his disciples never killed any animal.

2. Everything changes :
The second universal truth is everything changes and keeps on changing continuously. Dinosaurs, mammoth used to rule this planet but now we humans rule the planet. Life is like a river, it keeps on flowing, ever-changing.

3. Law of Cause and effect:

" The kind of seed sown
will produce that kind of fruit.
Those who do good will reap good results.
Those who do evil will reap evil results.
If you carefully plant a good seed,
You will joyfully gather good fruit. "
~ Dhammapada

It is mentioned in Dhammapada too, if we do some good things, then good things will come to us. If we do something evil, then evil things will happen to us. It is all due to cause and effect. This law of Cause and effect is known Karma.
Most religion strongly believes in Karma, so do Buddhism. Good karma results to good results and evil karma leads to bad results.

The Noble Truth of Suffering

What are the cause of these suffering? Why do we feel pain? Why do people suffer?
These are the result of greed or wanting more, ignorance, wrong idea of pleasure.

In order to end these suffering, one must be able to cut off their greed, idea of having pleasure. One must learn and have knowledge to cut off their ignorance.
The first way to end these suffering is changing one’s views and must try to live in a natural way and must possess peaceful mind. The state when one ends their suffering and live a peaceful way is known as Nirvana. This is the highest goal and aim of Buddhism and Buddha tries to spread his knowledge to people so that they can end their suffering.

The path to end the suffering, is called Noble Eightfold path or Middle way.

3. Right Speech:
One should always keep themselves from lying and ill speech. One should make best use of their speech and abandon false speech and always speak truth.

4. Right Conduct:
Never hurting others, criticizing others, well behaving, are the right conduct. One should never conduct any actions that may harm others.

5. Right Livelihood
"Do not earn your living by harming others. Do not seek happiness by making others unhappy."
The Buddha.
One should never choose living where his way of living may directly or indirectly harm others.

6. Right Effort
Right effort can also be called “right endeavor”. One should always try to take any action on the goodwill of people.

7. Right Mindfulness
People must constantly keep their mind to phenomena that may affect the body and mind. This means one must be aware of their thoughts, words, and action.

Following these 8 Noble Eightfold Path, one can cultivate their wisdom and thus leading to the path to attain “nirvana”.

In Buddhism, Lord Buddha himself establishes five most important rules and called them Five Percepts.

These are some of the teachings; Lord Buddha himself has passed down for the sake of humanity and for their well beings. Every Buddhists have studied these teachings and practice them and swore never to make any mistakes and blunder.