In western countries, the people usually refer Buddha to the figure with fat belly and laughing face. This is quite big misunderstanding in western Buddhist society because what they are referring is Laughing Buddha who is also known as Maitreya Buddha i.e. future Buddha. Basically this misunderstanding came from the laughing buddha statues which is quite popular in many countries since buddha statues of Laughing Buddha represents happiness, joy and prosperity. In general, Laughing Buddha is known as Ch'an Buddhist monk from the Chinese Buddhist folktales during 10th century.

""Maitreya, true Maitreya Reborn innumerable times From time to time manifested among men The men of the age do not recognize him.""
- Last words of Laughing Buddha

Budai as the Protector of Children 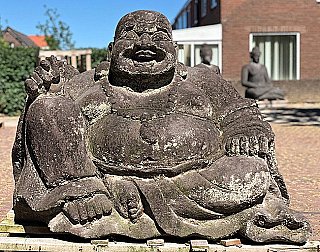 As the folktales in Chinese Buddhism, Budai was believed to bring happiness to all the people around him especially children. The term "Budai" symbolizes the hempen sack which Laughing Buddhacarries all the time during his travel. It was believed that his sack contains full of good things i.e. sweets especially for children. Laughing Buddha statues are also often depicted with children due to the belief that Budai is the protector of children's happiness. Budai also represents happiness, wealth and generosity and protector of poor and weak.

Laughing Buddha is depicted in various forms while carrying different objects. These different forms symbolizes different meanings and are believed to bring happiness, prosperity and fortune depending upon the area that they are placed. Let's discuss some of them:

Laughing Buddha Carrying a Wo Lu.
This Buddha statue represents the protection of good health and longevity of life.

Laughing Buddha with Children Surrounded
This laughing Buddha statue represents the welfare of family as well as for the family who wants to conceive a healthy baby. 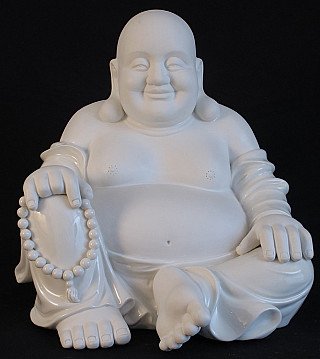 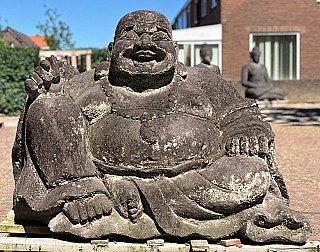 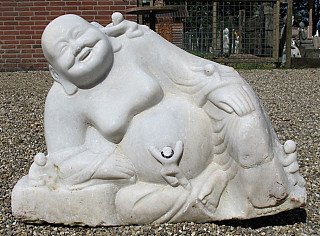