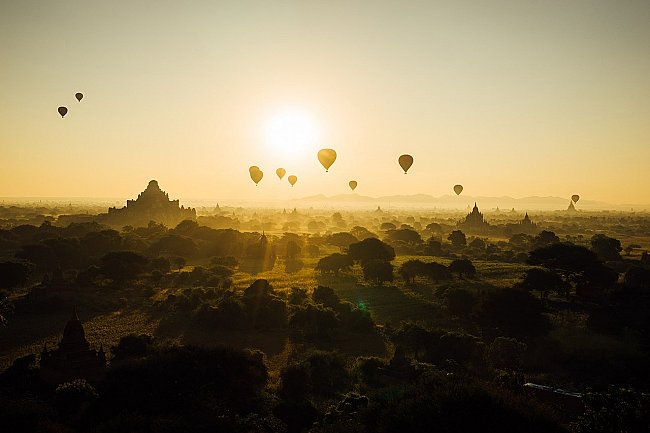 Sunset in Bagan, the city of the thousand pagodas

Formerly known as Pagan , Bagan is an ancient city of vast archeological structure which is located in Mandalay region of the Republic of the Union of Myanmar. Bagan was the capital city of Kingdom of Pagan from 9th to 13th century and is the first kingdom to unify regions that later constitute Myanmar of the present day. The Bagan Archeological Zone is seen as equal to Angkor of Cambodia in terms of attraction and is the main center of Burma's nascent tourism industry. Till present day, Bagan is the roof of 2200 temples and pagodas which would count to 10,000 during the time of Kingdom of Pagan.

Bagan is overwhelmed by thousands of monuments which are covering an area of around three hundred sq.km at the eastern bank of Ayeyarwady in Myanmar. 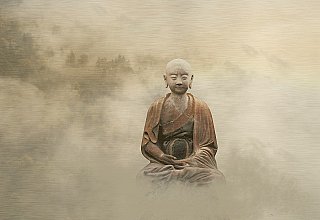 In accordance to tradition, Bagan was originally founded in early 2nd Century by Thammodarit. It was later fortified with a walled city, twelve gates, and a moat in 849 CE. Later Bagan became the center of political, economical and cultural events in the Kingdom of Pagan . We can assume that the time of over 250 years under the Pagan empire, Bagan became rich in various archeological and cultural sites consisting of 10,000 religious monuments in an area of 40 sq. miles.

The culture of Bagan was vastly dominated by fluid, syncretic and unorthodox religions. During Pyu era , there was a continuation of religious trends. During the era, Theravada Buddhism co-existed with other religious groups like Mahayana Buddhism, Tantric Buddhism, various Saivite, and Vaishnava schools. Since Bagan is a city that is located in active earthquake zone, has suffered from many earthquakes which recorded about 400 earthquakes, losing number of its religious and archeological sites.

Many of these damaged monuments were restored by the military government during 1990's. Today only about 2229 temples and monuments remain in Bagan . The ancient monuments, a sheer number of ancient stone inscriptions and pagodas are the reason that Bagan is listed as one of the UNESCO WORLD HERITAGE SITE.

Bagan has always been the center and has majorly contributed to Burmese temple design. The architecture, numbers of edifices, the stone inscriptions are what that made Burmese design so popular in the present era.

They are two museums located in Bagan :